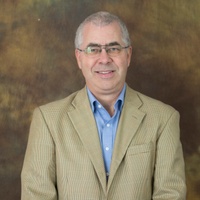 Scott earned a Bachelor of Business Administration degree from Valdosta State University and a Master of Business Administration degree from Georgia Southern University. Scott spent his early career in retail and automotive management positions. In 2000, he joined MetLife Financial Services as a Registered Representative. In 2002, he earned the title of Financial Planner with MetLife. After rigorous study and testing with American College and the Financial Planning Board of Standards, he was awarded the Certified Financial Planner™ designation in 2004. In 2010 he left MetLife to start Bass Financial Solutions, an independent financial planning and advisory firm. In 2013 he, along with Talbert Edenfield and DeWayne Ladner founded Vision Financial Group Georgia, LLC.

Scott is originally from Nahunta, GA where he was raised on a small farm by Godly parents who owned and operated a small logging business. Scott is married to Gina Wilson Bass, a native of Effingham County. Scott and Gina reside in Rincon, and have two daughters, Sarah and Rachel.

Scott and his family are active members of The Baptist Church at Ebenezer. He has been involved in numerous civic and Christian organizations in the greater Savannah area, and was a founding board member and a former board chairman of Effingham Christian School, a classical Christian school in Rincon.

Scott Bass is a Certified Financial Planner™. He holds a Series 7, 63, and 66 license and is registered to do securities transactions and advisory business in the states of GA, FL, AL, SC, TN, MS, LA, and VA. For residents of other states, proper licenses and registrations must be obtained by Scott before proceeding further. Vision Financial Group Georgia, LLC., is part of an independent network of financial advisors that are supervised by Capital Investment Group, a licensed Broker Dealer based in Raleigh, North Carolina.